Volunteering in a developing country 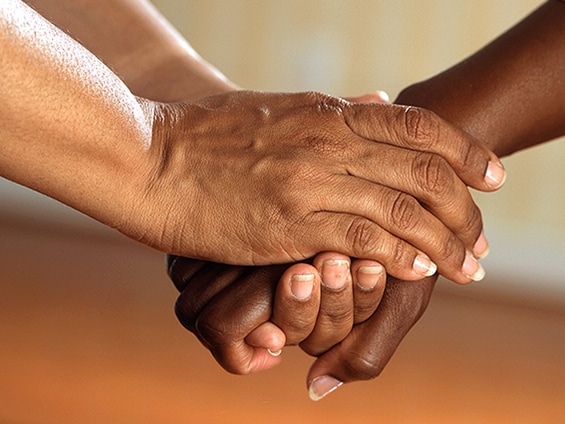 Volunteering in a developing country: help or hindrance?

To volunteer – to offer one’s services without compulsion or financial recompense – is seen as a commendable activity which enriches both the volunteer and the one(s) who receives; the charity shops which have become so much of a feature of British high streets, for example, could not function without volunteers. But without dampening the spirit of volunteerism, it is always pertinent to ask:

For whom am I doing this? Is it ‘just’ for my ego? Who is benefitting? Can I make a positive contribution to improve somebody else’s situation-is my support appropriate?

Such questions are especially relevant when considering volunteering in a developing country.

A short period spent in Nepal some years ago led me to more deeply ponder these issues, and in my case especially to examine the assumption that skills and training gained in one setting are necessarily appropriate in another. Even before I retired from medical practice, people often made remarks along the lines of: ‘Gosh, – with your qualifications and skills, you have so much to offer to the third world’.  ‘Your experience will always be needed!’

While perhaps being on one level flattered, I doubted whether a Western trained GP, familiar with the diseases of civilization but lacking in practical skills, would be an asset in a developing country. But before finally putting my stethoscope away in the drawer (or donating to a charity shop), I wanted to clarify this point for myself, and so in December 2011, I was on my way to Nepal. 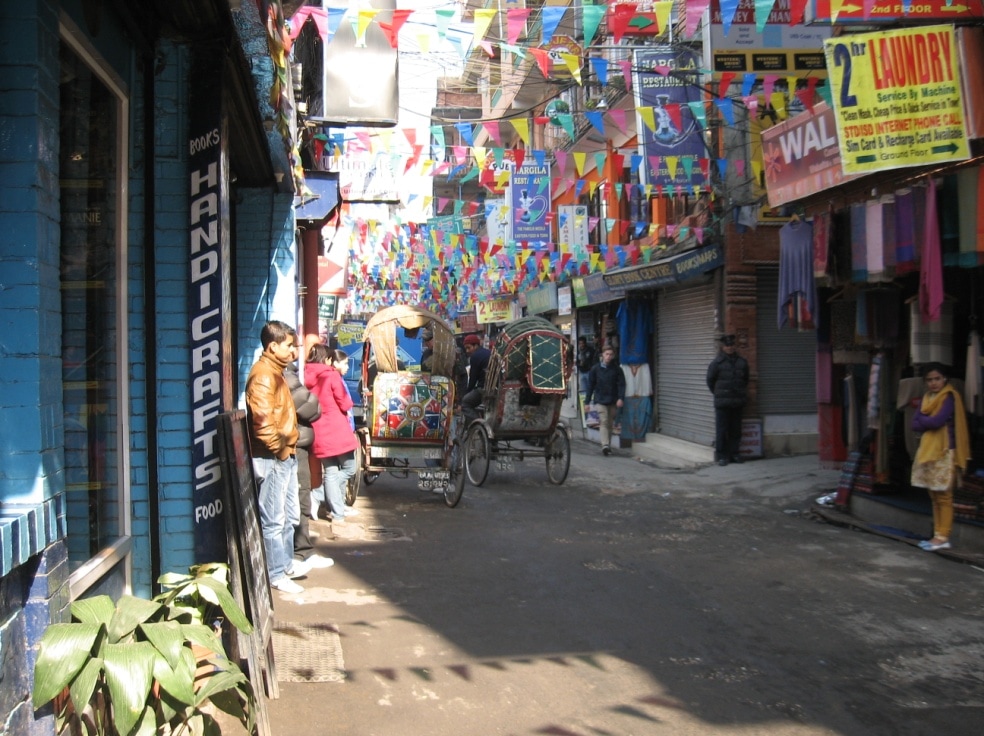 At the time when I was considering how and where to combine medical volunteering with some adventure, I made the acquaintance of a couple who were missionaries to Nepal, and from this fortuitous meeting developed the decision to make this country my destination. Here on the border with Tibet, towers Sagarmatha (peak of heaven), the great Everest, and although I never entertained the notion of scaling the summit, the prospect of trekking in the Himalayas was attractive. My initial idea of joining an expedition as a medical provider was dispelled by the uneasy consideration that I just might need medical attention myself, and so I decided to join an expedition in the normal way and to follow that by a stint of volunteering in a hospital.

I am proud to say that I did not require medical attention,  although without support, encouragement and sometimes challenge from our team leader, I doubt I would have made it – extreme altitude and exhausting days of trekking certainly pushed me to my physical limits. But ‘no pain, no gain’ and all the effort was rewarded by spectacular views of Everest and other 8000 meter peaks from Kala Patar, itself at an altitude of 5400m.

I recuperated for a few days in Kathmandu before heading for Nepal’s border with India in the south. Chitwan is about 160 km from Kathmandu, but the journey takes over six hours by bus. These photos give a certain idea of why this is the case. 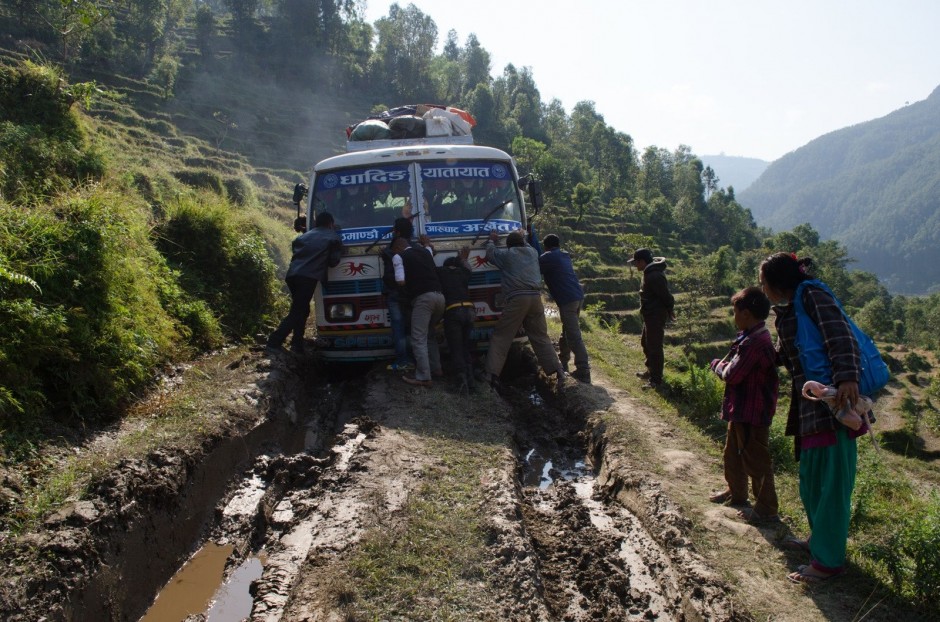 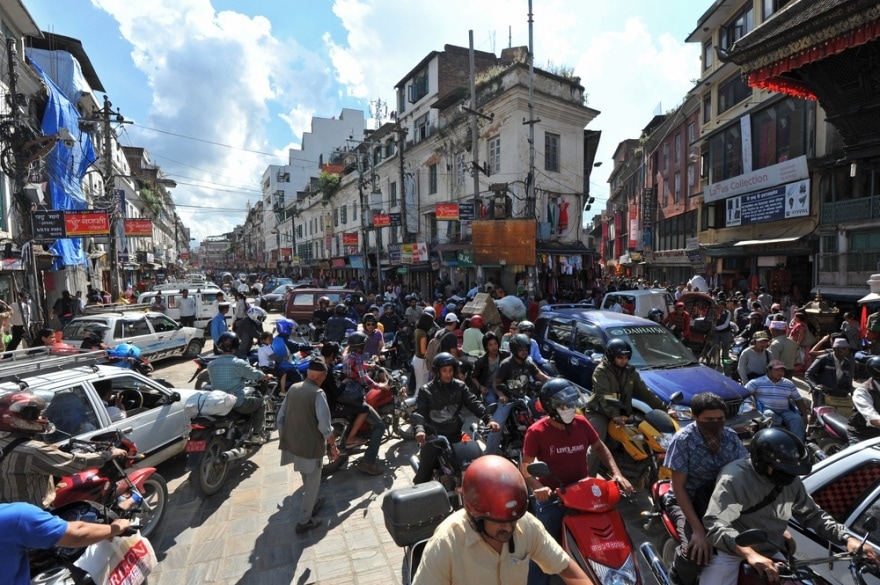 The roads in Nepal are appalling-and not only that but donkeys, carts, children are liable to loom up in front from nowhere. Not surprisingly, the road traffic accident statistics are sobering. And as the bus made its way along the main ‘highway’ between Kathmandu and Chitwan, I was reminded of something I had been taught at an expedition medicine course: the most dangerous aspect of an expedition is the travelling to and from airports.

Chitwan hospital is a busy general hospital, built only in 2008, with 500 beds and staffed by about 50 doctors. The staff are almost all Nepalese, and the young doctors trained mostly in China or India: both countries vie for the favors of Nepal. English is well understood and used by the medical staff, much less so by the patients. 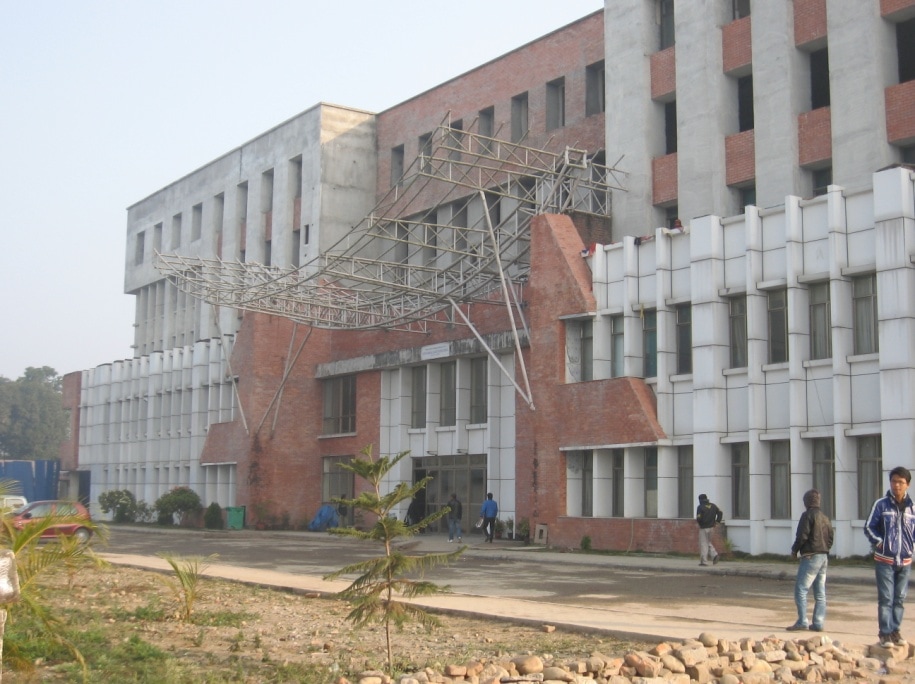 I was a bit of an oddity; the other volunteers were either students or just beginning their careers, and the young doctor who was allocated as my mentor was obviously having a very hard time with me. Eventually he blurted out ‘I’ve never dealt with such an old lady doctor before!’ Well, could I really be insulted? I had already become used to stares on the streets, which I naively attributed to the fact that I stood out as a non-Nepali native. But it was not until one shopkeeper bluntly remarked-‘Nepali women your age just don’t do this kind of thing!’, that I understood more deeply what was going on. Nepali women my age are very old-they look old, the life expectancy is under 70, and they are most certainly not to be found jaunting around the world.

Anyway, once we had straightened that out, and he reckoned that I might have a sense of humor and be humble and willing to learn, we were able to establish a reasonable working relationship. Pretty soon I realized that my best strategy would be to shadow the doctors and to observe; from the outset I felt that the word volunteer was a misnomer because the hospital was quite adequately staffed and what one could do as a non-Nepali speaking individual was very limited. 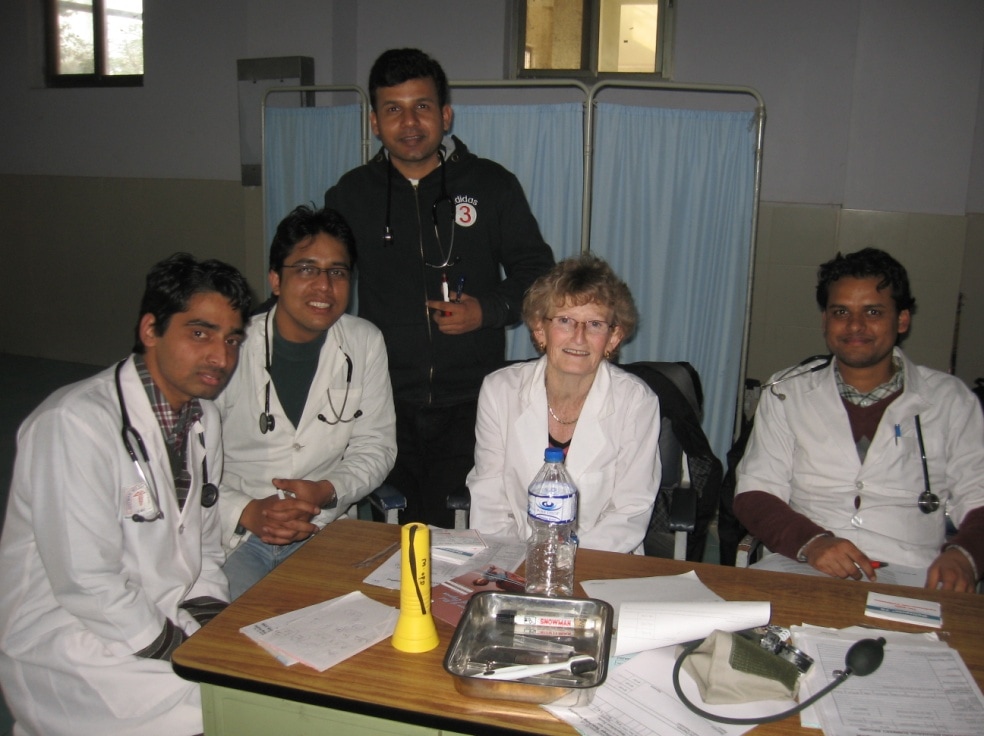 We know that the general economic situation and social circumstances have a great bearing on the prevalence and presentation of disease, and in a country such as Nepal, this is well demonstrated.

Good indicators of health are statistics about life expectancy, as well as infant and maternal mortality. I touched on life expectancy earlier in relation to my own age: were I a Nepali woman, I’d be lucky to live another 5 years.
In the obstetrics clinic, the consultant told me that Nepal was doing well in terms of maternal mortality and morbidity; true in the sense that great improvements have been made in recent years, but the country still lags far behind our own. Figures from 2015 show a maternal mortality of 248/100,000 in Nepal. Corresponding figures for the UK and Germany are 9 and 6 respectively.

The leading cause of death is pulmonary disease (excluding tuberculosis) and most of this is COPD (chronic obstructive pulmonary disease). Cardiovascular disease, the number one killer in Germany and the UK, comes second.
Smoking is a huge factor-unfortunately where smoking is becoming less fashionable and acceptable in the West, the cigarette companies have targeted new markets in developing countries with devastating results. Another contributing factor is the burning of fuels from indoor fires, to which the women have greater exposure. 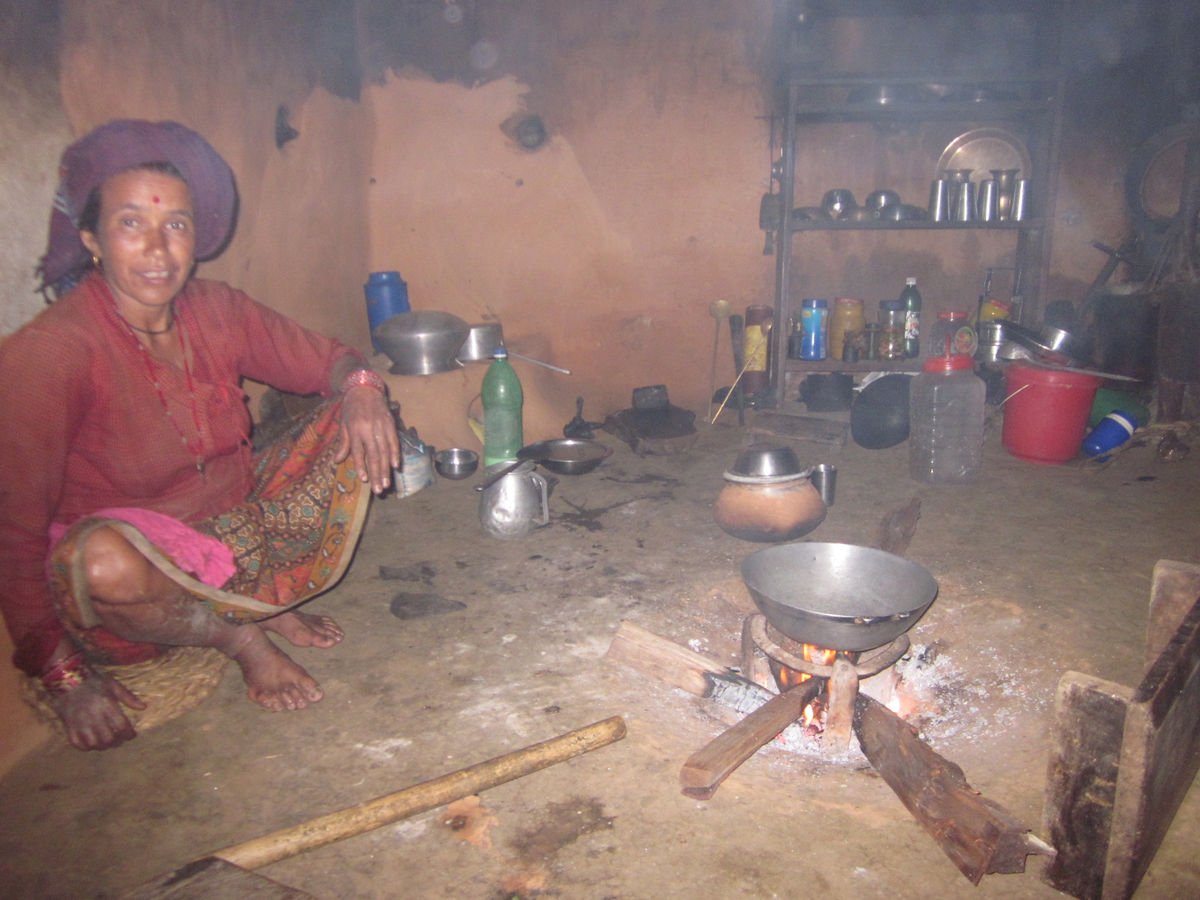 And of course, the general low standard of sanitation-lack of clean running water and proper waste disposal are factors in the high rate of infectious disease. 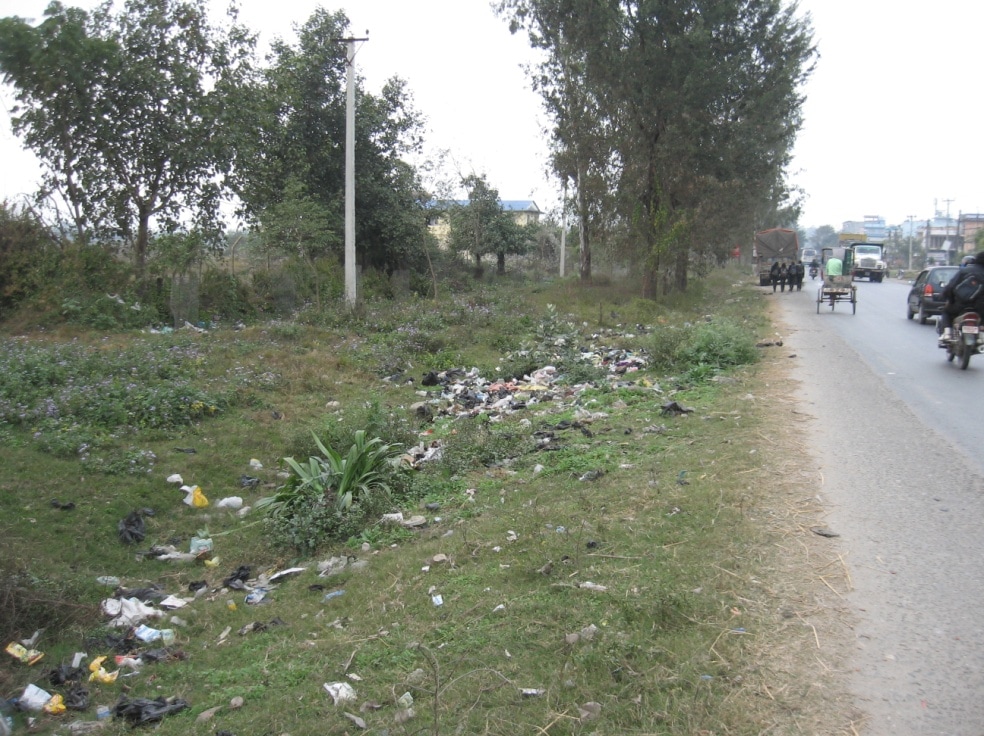 In all clinics the lack of privacy was unsettling. Most of the consultations were in public rooms, and before one patient encounter was over, the next patient would be hovering over the desk.  And this was the case even in the psychiatry clinic where (presumably-the conversations were in Nepalese) the most intimate details were being shared. The diagnoses were pretty consistent with those in the West-depression, bipolar, schizophrenia along with a large number of miscellaneous neuroses.

The suicide rate in Nepal is not insignificant – people do not throw themselves in front of trains since there are none, neither do they use firearms for the same reason, but a popular method of self destruction is ingestion of poisons – especially those which bring about a slow and agonizing death, such as various fertilizers and fuels.

I think this brings us to an interesting consideration: we in the west tend to have and romantic notions about ‘Eastern spirituality’. Countries like Nepal we associate with a higher level of inner peace than our own, fuelled by images of prayer flags, temples, chanting monks, etc. We assume that life is simpler, uncontaminated by the pressures of civilization and therefore less stressful. 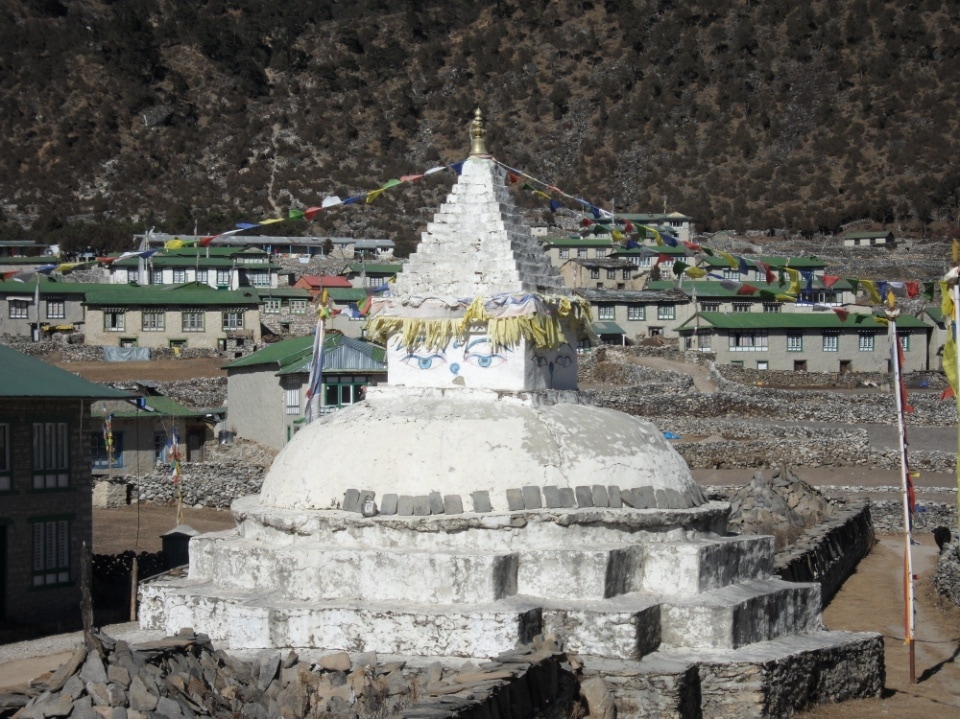 This is a misleading picture. Life in an underdeveloped country is harsh, and whether because of unhappiness about their external or internal situations, a significant number choose the ultimate escape. Alcoholism and drug abuse are also problems, reflected in the high level of liver disease, especially since much of the alcohol consumed is home brewed and very toxic.

An incident in the pediatrics clinic brings me back to the questions I posed at the start.
Once during our ward round, the door suddenly burst open and in poured about six Americans brandishing cameras- they were really stereotype Americans- who proceeded to comment on the patients and snap photos. I was horrified and glanced at the ward sister who shared my reaction but was too intimidated to protest. And so I took it in hand to point out the rudeness of their actions and ask them to leave, which they did-looking only mildly apologetic.

This is Western volunteer ‘tourism’ voluntourism at its worst. This kind of behavior epitomizes something which has sadly not died out with the old Colonial days-the attitude that we from the civilized world are of course superior, and we know best. Many, especially career starters, see volunteering as a means to do what you couldn’t do at home, a short cut to gaining experience. Or there is a prevailing attitude-‘well at least what I am doing is better than nothing-they should be grateful!’ Why do we need to explain and ask consent?’  But we really need to examine these assumptions and consider whether a much better perspective might be to invest in and promote local training and competence.

I certainly do not want to give the impression that volunteering in a developing country is a useless act of misplaced idealism or even selfishness. There is nothing wrong with the expectation of personal benefit from volunteering; no one does anything in order to have a bad experience. But whether an expert in one’s field or simply a good-hearted novice, it is essential to keep in mind and adhere to a few basic principles:

For me, the time in Nepal closed the book, so to speak on my clinical career and finally laid rest any thoughts I may have had about using my medical background as a third world volunteer or expedition doctor.  Now when anyone remarks that I have skills and talents that I should be using for the less fortunate in other countries- I can simply smile knowingly.
An anesthetist, surgeon or obstetrician can contribute a great deal in a developing country, but what a GP without knowledge of the local language can offer is very limited.

And there are many ways to volunteer and support the less fortunate; my brief intermittent stints behind the counter in the (sadly now closed) Sunrise Africa relief shop in Dunfermline brought me great  enjoyment and perhaps contributed as much to the projects in Zambia as my physical presence there would have done.

One thought on “Volunteering in a developing country”